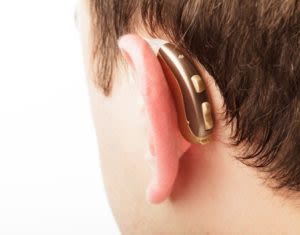 Most people know that if they have a heavy box fall and break their leg at work, they would be covered by workers’ compensation benefits for their medical bills and lost wages. However, not as many people understand that illnesses and diseases that arise as a direct result of the working environment are also entitled to workers’ compensation coverage. There are a few workplace illnesses that are more common than others, like the three below.

An occupational disease is any chronic ailment that occurs as a direct result of the workplace. It must be identified as more prevalent in a specific demographic of workers than in the general population. As long as the disease is directly related to an employee’s occupation, it can be claimed under the law of workers’ compensation and provide the ill employee with the financial compensation necessary to pay medical bills and maintain a steady salary.

Men and women whose work exposes them to UV rays on a daily basis, like roofers and construction workers, are at high risk of skin cancer. On the other hand, cleaners, mechanics, and painters come in contact with dangerous chemicals each day that could also prove deadly. Any skin diseases brought on directly by working conditions, like infections, eczema, and cancer, can be claimed as an occupational skin disease.

Manufacturing and construction jobs involve a great deal of loud noise, day in and day out. This makes employees more susceptible to hearing loss than an individual in a different profession. Even workers who take the precaution of earbuds often still lose their hearing, making hearing loss an all-too-common occupational illness that deserves compensation.

Respiratory problems used to be the single largest occupational illness, especially for contractors who worked with asbestos insulation and ended up with lung disease. Still, despite current awareness and avoidance of dangerous airborne chemicals, many workers are still impacted by the toxins they breathe in at work. Asthma and severe allergies are also considered respiratory problems that can be covered by workers’ compensation.