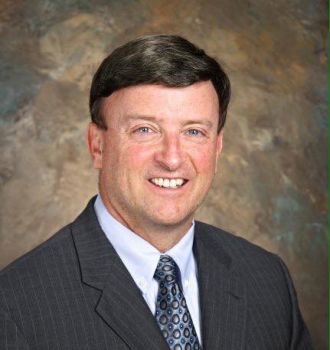 Jeff Swaney founded the Swaney Law Firm in 1984. He began practicing law in 1982 with the law firm of Evans and Dixon. The Swaney Law Firm started as a solo practice but began growing in the mid to late 1980s.

Jeff received his college degree from St. Vincent College in Latrobe, Pennsylvania in 1979. He received an undergraduate degree in Political Science and minors in History Philosophy and Psychology.

"I strive to make this process as easy as possible for you and the ones you love."

In 1982, Jeff obtained a law degree from the School of Law at St. Louis University, as well as a Master of Arts in Public Administration. Jeff is a member of the Missouri Association of Trial Attorneys (MATA) and The Missouri Bar Association. Jeff is also licensed and handles cases in the State of Illinois.

Jeff has two sons. His older son, Jeff Jr, graduated as a Phi Beta Kappa scholar from Vanderbilt University and is presently in a Ph.D. program in physics at the University of California Irvine. His younger son, Derrick, is a college wrestler and an NCAA Academic All-American. He graduated from Maryville University with a Finance degree in 2018.