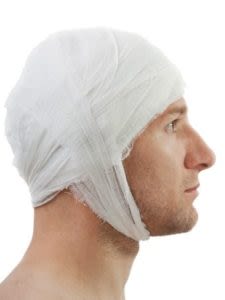 Concussion prevention and brain injury awareness have become more prevalent over the last few years, especially has breakthroughs in science and technology have allowed researchers to uncover exactly how the brain is negatively affected upon any hard impact. A startling number of NFL players have gone public about their struggles with brain health due to the many concussions and injuries they endured during their years playing sports, and some have gone so far as to donate their brains to research when they die.

All of this places a particularly unique context to the the class action lawsuits filed at the end of January against the NCAA and the helmet maker Riddell. Former players from Oklahoma and Texas are responsible for launching the lawsuits, stating that Riddell misrepresented the safety of its helmets and caused players to suffer from traumatic brain injuries and concussions. For example, Riddell claimed in 2006 that its Revolution helmets would reduce concussions by 31 percent, but it was discovered that the company never tested the helmets against concussion strength forces to be able to sustain their claims. Regardless, players trusted the helmets to stay safe.

Also according to the lawsuit, the NCAA “breached their duty to provide a ‘safe environment’ and specifically failed to warn players of the long-term risks associated with repeated concussive and subconcussive hits.” The lawsuit goes even further, accusing the NCAA of “failing to educate players of head injury prevention, failing to timely implement rules of play that would limit head injuries, failing to timely implement return to play rules after concussions occurred, and failing to cover the cost of post collegiate medical care necessary as a result of the defendant’s’ bad acts.”

While many preventative measures have been put in place over the last few years, thousands of collegiate and professional football players participated in the sport before concussion prevention and awareness became an expectation, and now they are suffering the consequences of brain damage. The NCAA and Riddell are fighting the claims of the lawsuits, but only time will tell if they will force the athletic world to reconsider how it handles brain injuries.